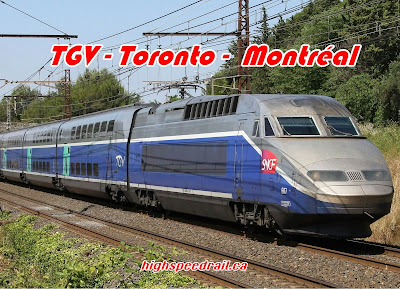 Canada is now a half-century behind the rest of the world in fast efficient passenger rail service. Do not be fooled by terms like "High Frequency Rail" . These trains travel at low speeds. Canada needs TGV (train à grande vitesse). Real high speed trains (TGV) that travel on their own dedicated corridor at speeds over 250km/hr. http://highspeedrailcanada.com Photo credit - Michael Goll