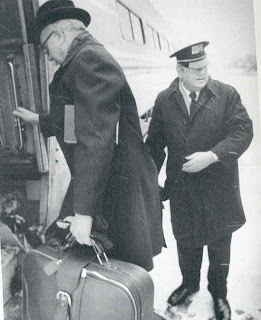 As part of our ongoing series on cross border high speed passenger rail crossing, at the request of several people, we will now look at the Windsor Detroit border.

Most if not all the passenger rail corridors improvements currently envisioned connecting Canada and the USA would result in higher speed passenger rail as opposed to true high speed rail. (over 200kph). In the case of Windsor Detroit there is no current passenger rail between the two cities.

The usual suspects, as in our previous articles, play a part in ensuring restoring passenger rail between the cities remains just a dream. Two known suspects are:

1.The Canadian federal governments continuing refusal to have any plan or legislation for passenger rail in Canada including cross border issues and

2. Canada’s CP railways and to a lesser extent CN have no desire in seeing passenger rail restored at the Windsor/Detroit border.

But unfortunately it’s a much worse situation at this rail border crossing than any other possible one in Canada.

In the early days of rail, rail companies had ferrys that transferred thousands of rail cars and some passenger cars across the Detroit River. With the opening of the tunnel in 1910, Trains would run through the Detroit/Windsor through Southern Ontario across at Niagara Falls to the US side. Trains with the names of “Wolverine”, “Detroiter” and Amtrak’s “Niagara Rainbow” carried passengers on the Canada Southern/Michigan Central Railway on ferries and later through the tunnel.

On January 31, 1979, Amtrak’s last passenger rail train went through the tunnel ending over 100 years of regular passenger rail service between Detroit and Windsor. (See photo above of the last person getting on the train in Windsor.)

Although about dozen high speed rail studies on the Windsor-Quebec City High Speed Rail Corridor have been done, a thorough analysis of the Detroit/Windsor border crossing has yet to be done. Unfortunately the two recent HSR studies on this corridor currently be kept from the public by the mayors along the line and the federal government will not provide us with any additional information.

In Detroit, Mayor Dave Bing has the mountainous task of re-inventing a city whose population has shrunk by 50% over the years and the city is left with a glut of abandoned homes.

From a rail transportation standpoint there are some positive initiatives. Money from President Obama’s high speed rail infrastructure has been obtained for building a new station at Dearborn, refurbishing other stations and track improvements on the line to Chicago. Further funding applications have been sent to the Department of Transportation.

With hopes for a Detroit-Ann Arbour commuter rail line and a new Light Rail line down Woodward Avenue, Detroit is definitely moving forward to meet their future inner and intercity passenger rail needs.

Recently the State of Michigan governors have supported the boondoggle 2nd bridge over the Detroit River. More on that issue later in this article.

The good news is VIA Rail has publicly stated that they want to run passenger rail through the rail tunnel. Unfortunately VIA’s present line does not connect with the tunnel and CP Rail, whose busy main line uses the tunnel and as mentioned previously CP has no interest in any passenger rail service going through it .

VIA’s recent decision to build their new station near the existing one is very clear evidence that VIA will not be be offering cross border service in the foreseeable future.

For reasons known only to Transport Canada and City of Windsor bureaucrats, they hired McCormick Rankin consultants, primarily known as road engineering company, to do a strategic study on rail in Windsor. It is not the focus of this article to dwell on the shortcomings of this flawed study. As far as the 63 page study relates to high speed rail, it does not even discuss it

Looking Back- Moving Forward - Summary Report Transportation 2007 City of Windsor by Dillon Consulting also fails to mention anything about high speed rail in it.

It is unclear why the City of Windsor has been so quiet on embracing and promoting the idea of high speed rail. Other cities along the purposed route have actively pursued the idea.

If there was any hope to have passenger rail service service again across this border point, the use of the existing tunnels, or a new one would need to be addressed by the federal government and stakeholders.

The issue of the existing double rail tunnel not being suitable to accept higher CP rail cars is well known. The awful idea to turn the tunnels into a route for trucks has thankfully been abandoned.

On June 17th, Continental Rail Gateway (CP is one of 3 companies that make up the Gateway) announced plans to build a new larger single tunnel to handle taller railcars. No mention in their press release or on their website give any indication they will include passenger rail in their plans.

The idea to build a new 2nd Detroit River International Crossing
Bridge with the federal government of Canada pitching in to the tune of $500 million has been controversial in Windsor and in Michigan. The idea of the new bridge was to handle the perceived future increase in traffic across the border in the future.

Now comes a scathing report by Econometric Research (comprised of McMcaster University professors emeritus and present)outlining the facts that the data in the study by Wilbur Smith Associates – Comprehensive Revenue and Toll Review Study- Windsor Gateway Project, which justified the need for the bridge, was poorly designed and the results in the report could not be used to justify the need for the bridge. I strongly encourage people to read this critical evaluation of the Wilbur Smith Study.

It is clear that the Minister of Transport John Baird, and Transport Canada need to reassess giving $500 million of taxpayers money to a project that is based on weak methodology resulting in an inaccurate report. It is doubtful that anyone at Transport Canada including the Minister himself or lower levels of government have the ability to admit they were wrong in approving the money.


In conclusion the chance of a passenger rail crossing at the Windsor/Detroit border are very slim given the present municipal and federal governments.
at February 13, 2011